Separation of light from Darkness 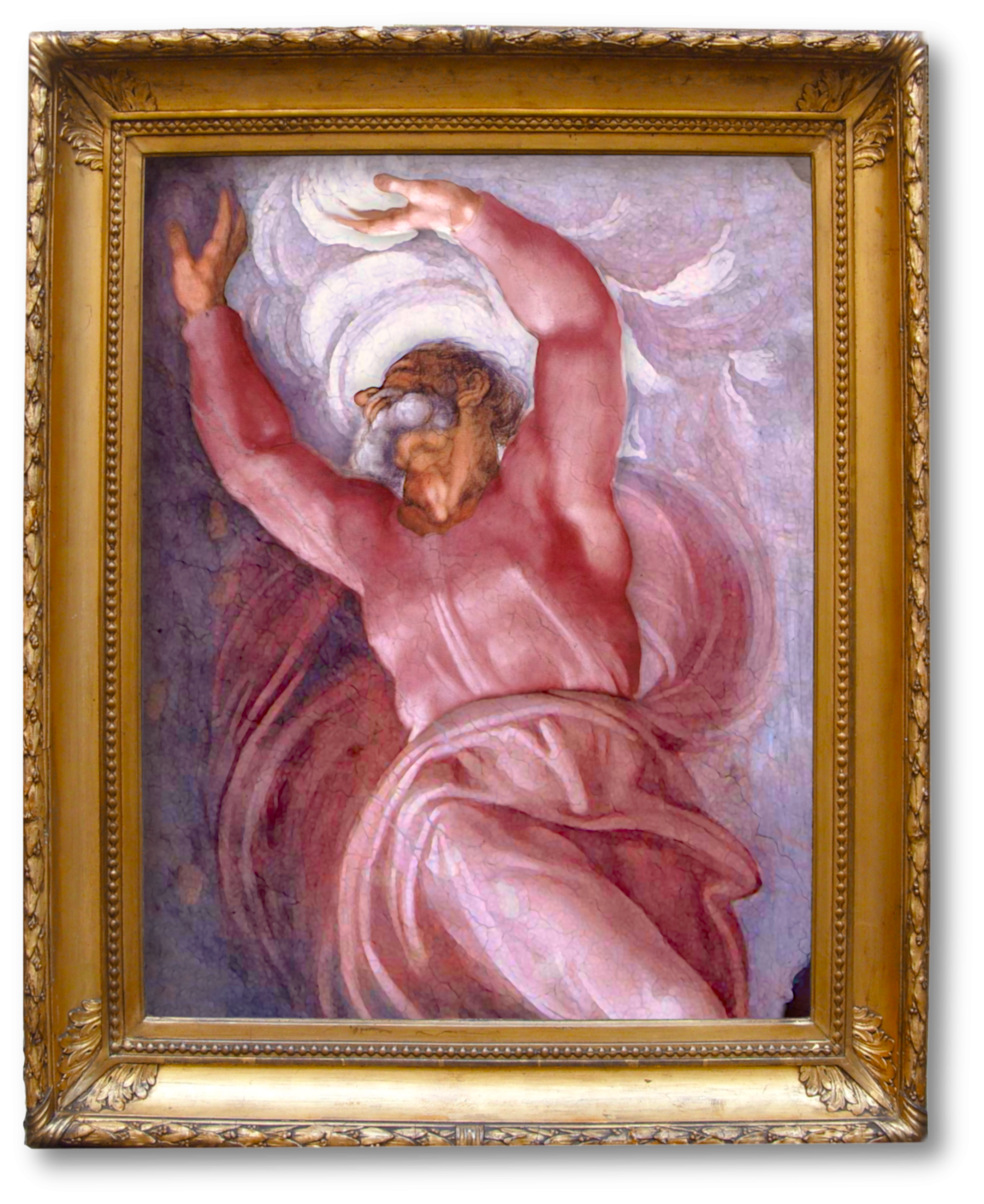 HE Separation of Light from Darkness is from the perspective of the Genesis chronology, the first of nine central panels that run along the center of Michelangelo’s Sistine Chapel ceiling and which depict scenes from the Book of Genesis. Michelangelo probably completed this panel in the summer of 1512, the last year of the Sistine ceiling project. It is one of five smaller scenes that alternate with four larger scenes that run along the center of the Sistine ceiling. The “Separation of Light from Darkness” is based on verses 3-5 from the first chapter of the Book of Genesis:

Although in terms of the Genesis chronology it is the first of nine central panels along the Sistine ceiling, the Separation of Light from Darkness was the last of the nine panels painted by Michelangelo. Michelangelo painted the Sistine ceiling in two stages. Between May 1508 and the summer of 1511, he completed the “entrance half” of the Sistine chapel and ended this stage by painting the Creation of Eve and the scenes flanking this central panel. After an idle period of about 6 months, he painted the “altar half,” starting with the Creation of Adam, between the winter of 1511 and October 1512.
At the center of the composition, God is shown rising into the sky, with arms outstretched separating the light from the darkness. Michelangelo employed in this fresco the challenging ceiling fresco technique of sotto in su (“from below, upward”), which makes a figure appear as if it is rising above the viewer by using foreshortening. The contrapposto pose was also used by Michelangelo in his David (1501-1504). It is reported that Michelangelo painted this fresco in a single giornata, that is, a single working day of approximately eight hours. During Michelangelo’s lifetime, this fresco was considered evidence of the painter’s technical prowess at its peak. For instance, Giorgio Vasari (1511-1574), Michelangelo’s student and biographer, wrote in 1550:  “Furthermore, to demonstrate the perfection of his art and the greatness of God, Michelangelo depicted God dividing the light from darkness in these scenes, where He is seen in all His majesty as He sustains himself alone with open arms with the demonstration of love and creative energy.”
According to Vasari, Michaelangelo has “lifted the veil” of darkness typically found in artwork of the Renaissance, employing the skill of chiaroscuro, by combining the intense lights and extreme darks in this symbolic artwork.
(Source: Wikipedia)